The 2018 Jeep Wrangler JL has many great, new features. It may be the most-capable Jeep Wrangler ever made. We dove right into this new model and built the first JL on 42s, named CODE1. Through our series of modifications which included Dynatrac ProRock axles and 42-inch tall tires, we ran across a situation where the transfer case may refuse to shift; specifically when the front axle is replaced with one that does not have front-axle disconnect (FAD).

By removing the synchronizers, blocker ring, detents, springs and check balls, we were able to resolve the issue.

While it’s too early for us to determine if all JL vehicles are affected when when adding larger tires or other modifications, in addition to aftermarket axles, we wanted to share this how-to article for those who run across the same issue. 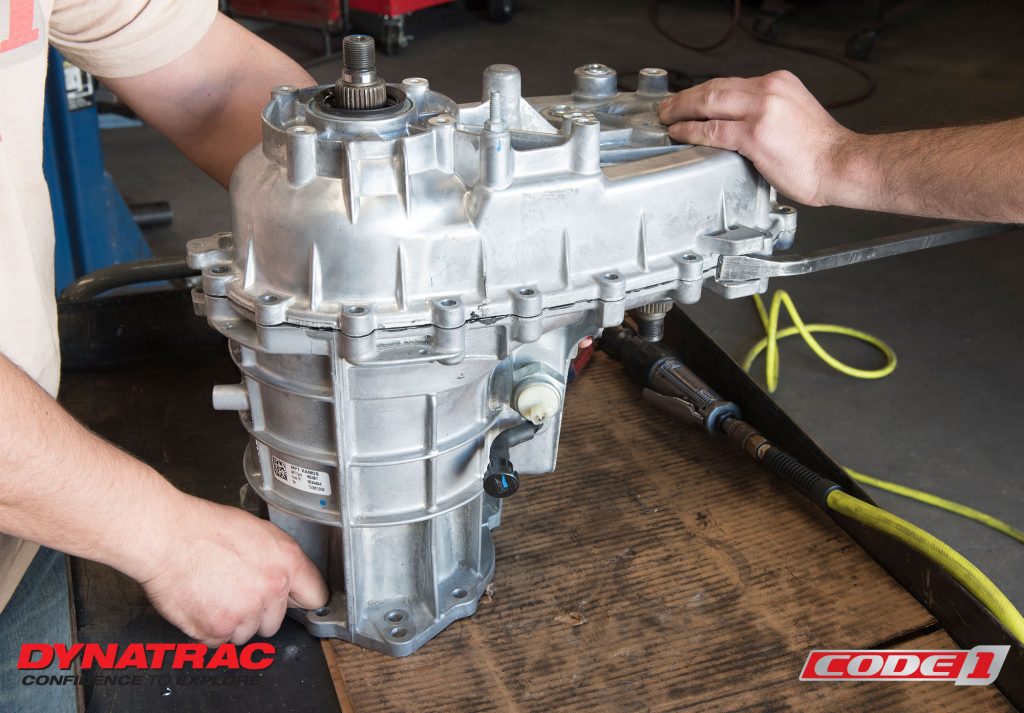 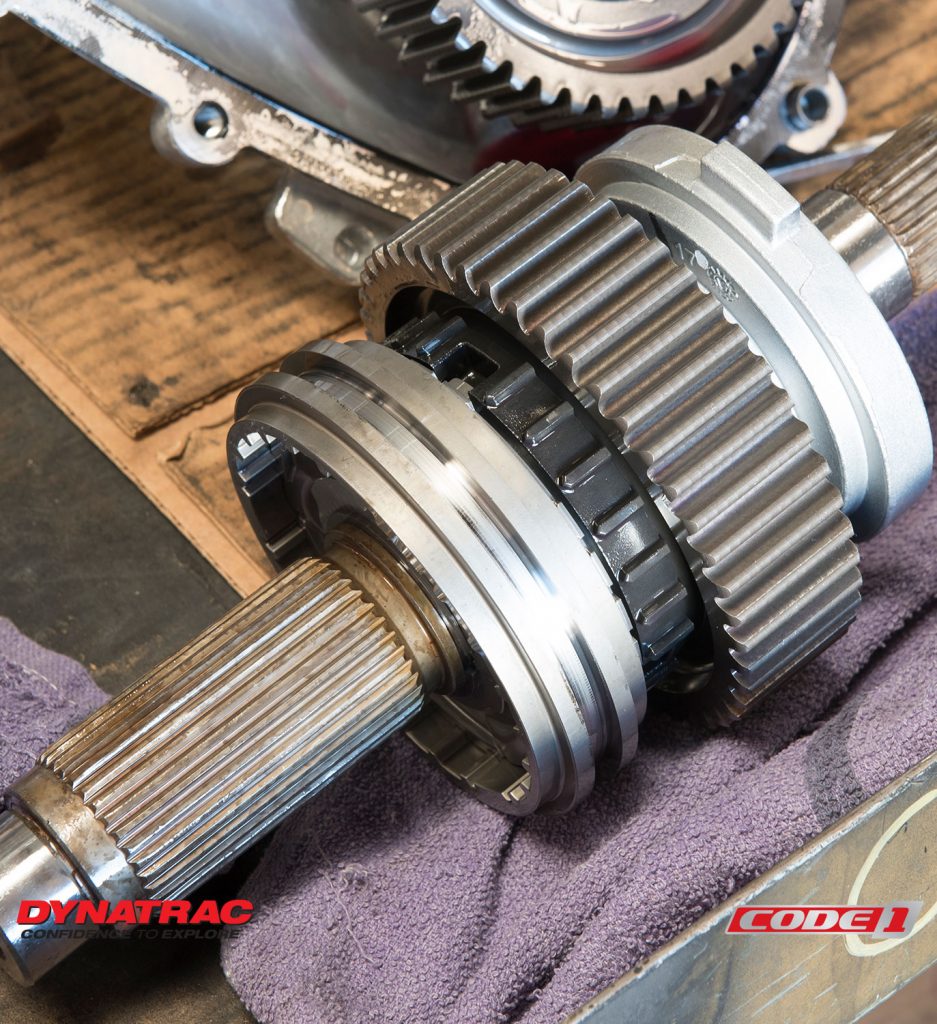 The shift fork and spring, as well as the mainshaft and drive chain will likely come out of the case when the two halves are separated. The mainshaft is the assembly that will require further disassembly. 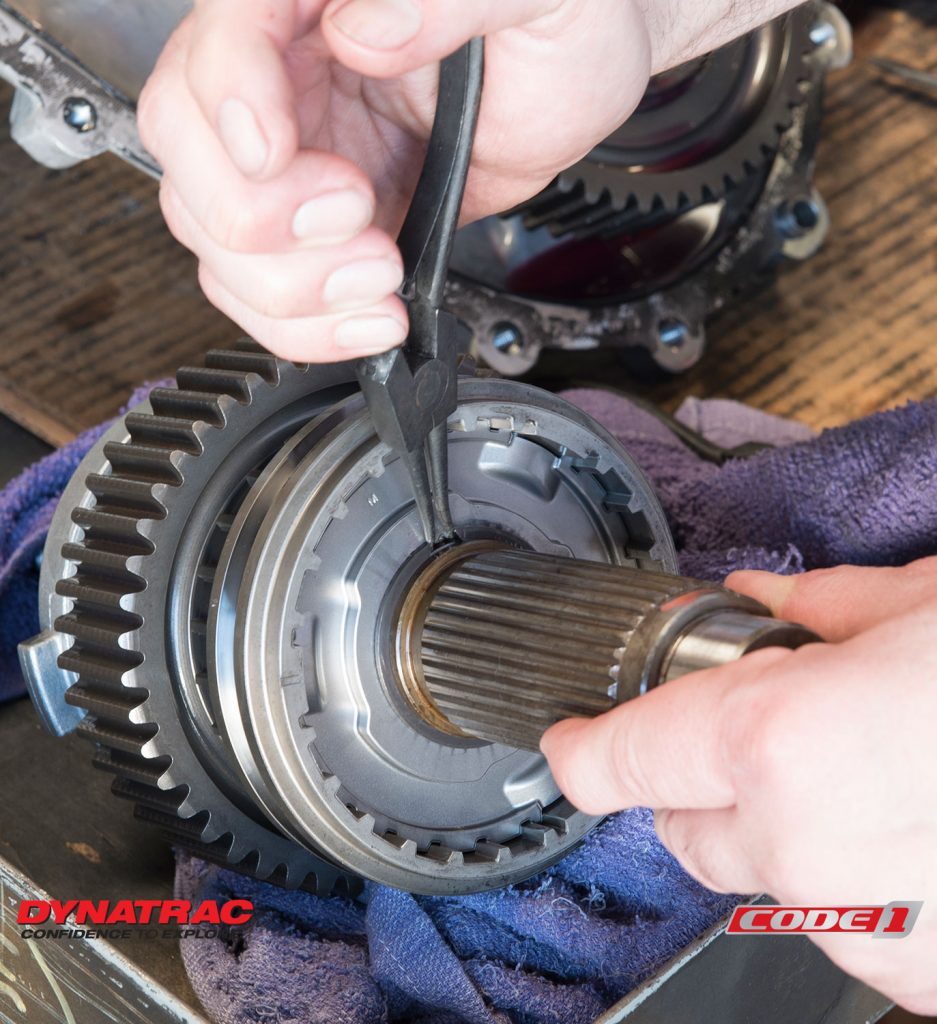 Remove the C-clip that retains the synchronizer assembly on the shaft. 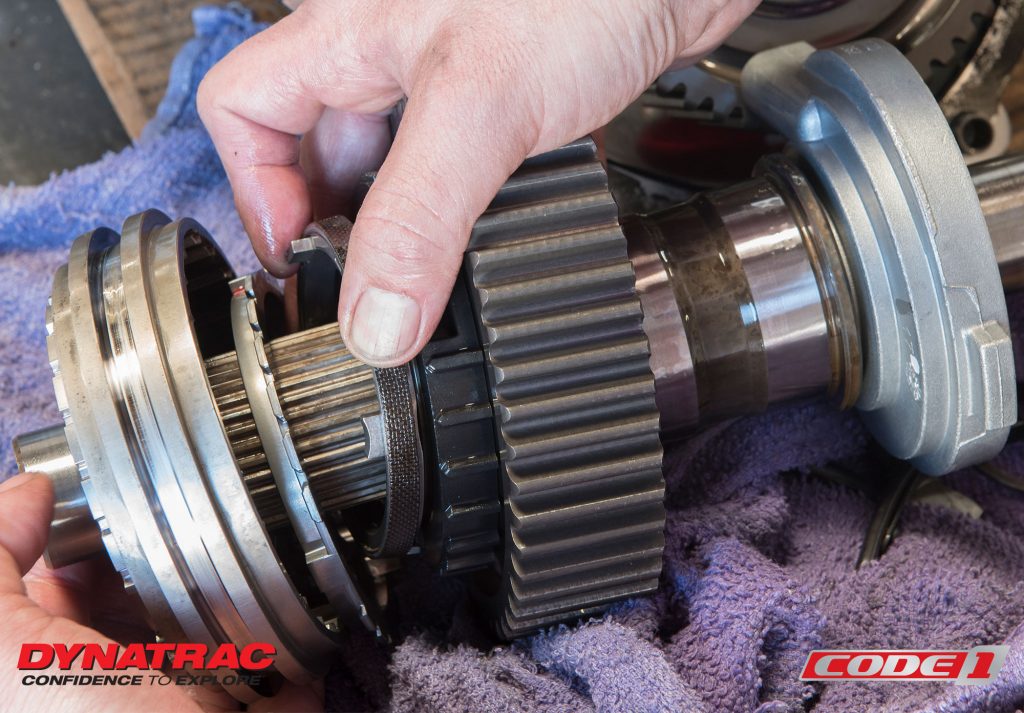 Slide the sleeve, blocker ring, intermediate ring and engagement ring off of the shaft. 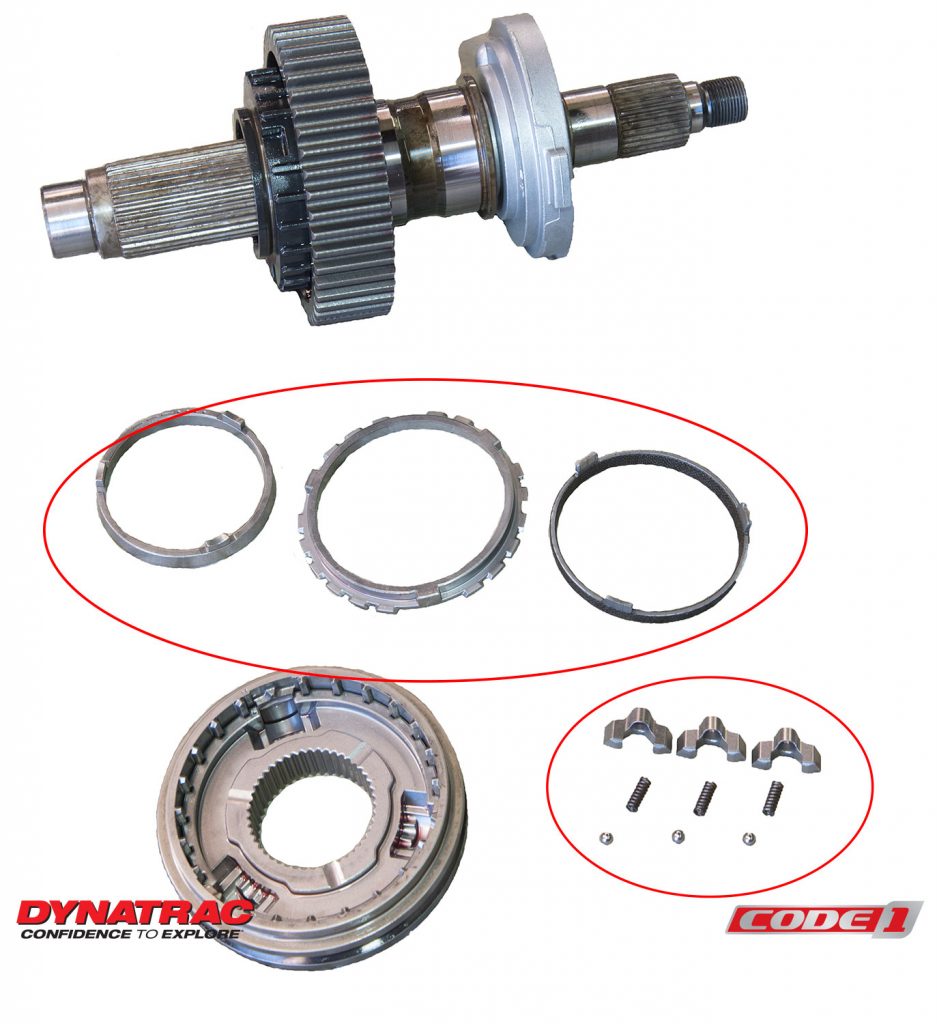 Here are the disassembled parts of the synchronizer laid out. You will discard all of the components circled in red: the synchronizers, detents, springs and check balls. 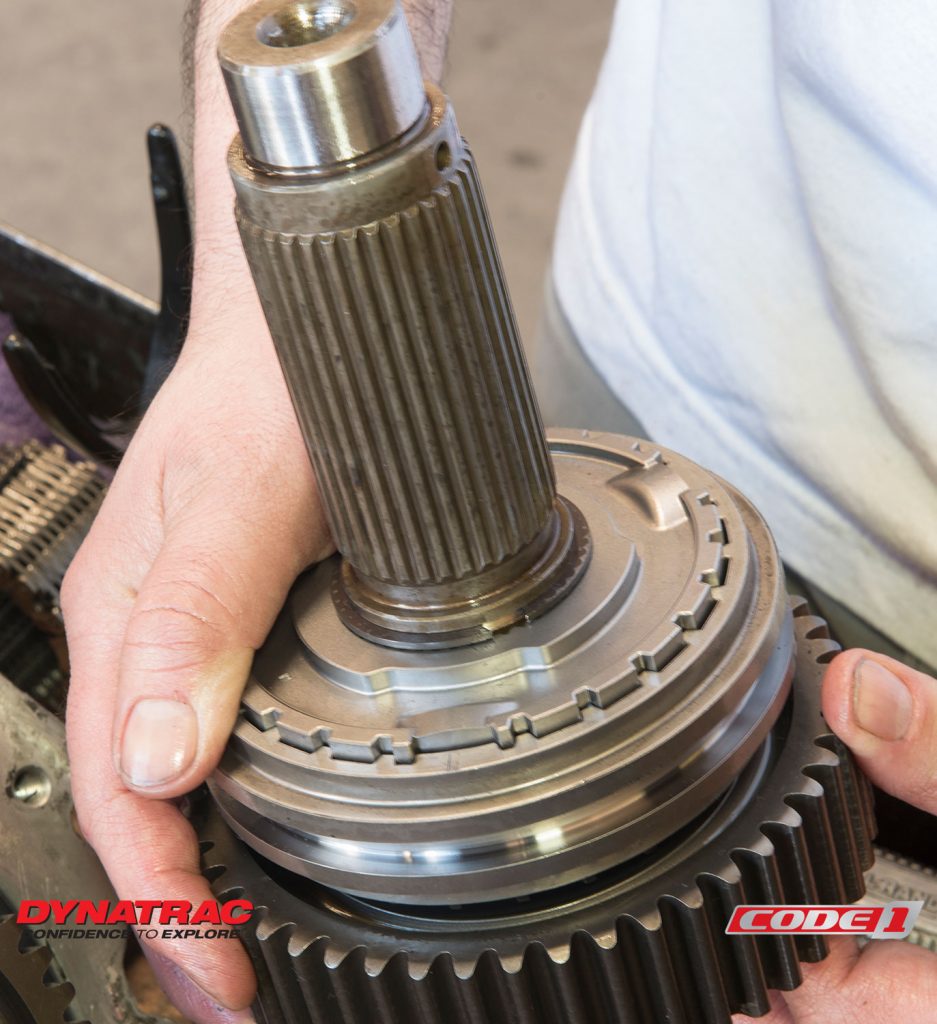 Re-assemble the remaining components on the shaft and install the C-clip. 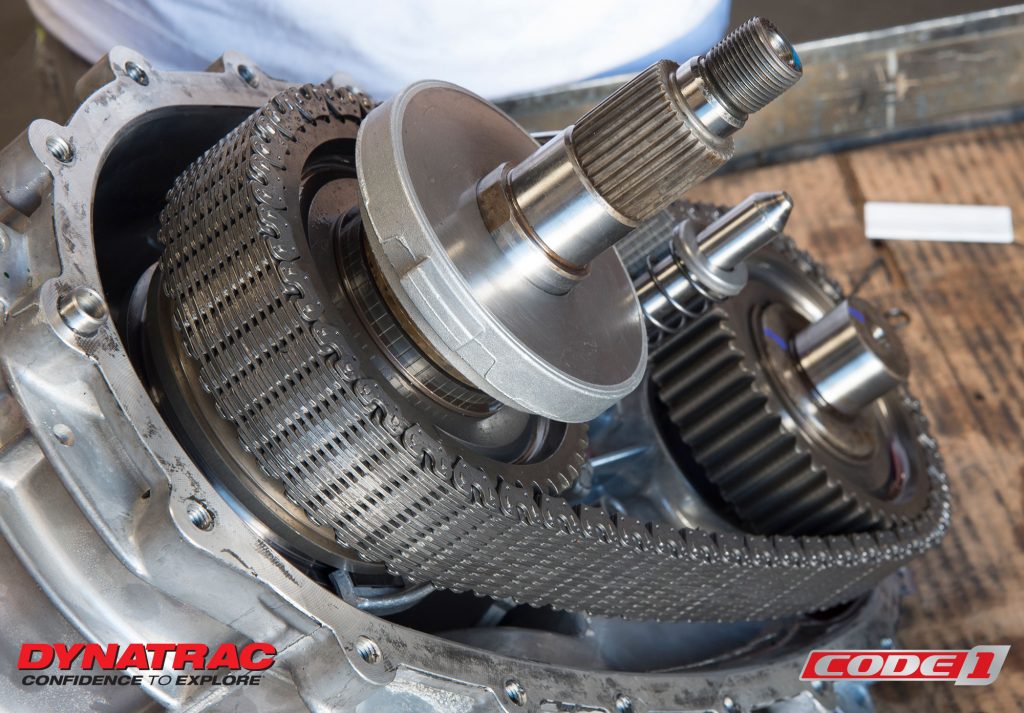 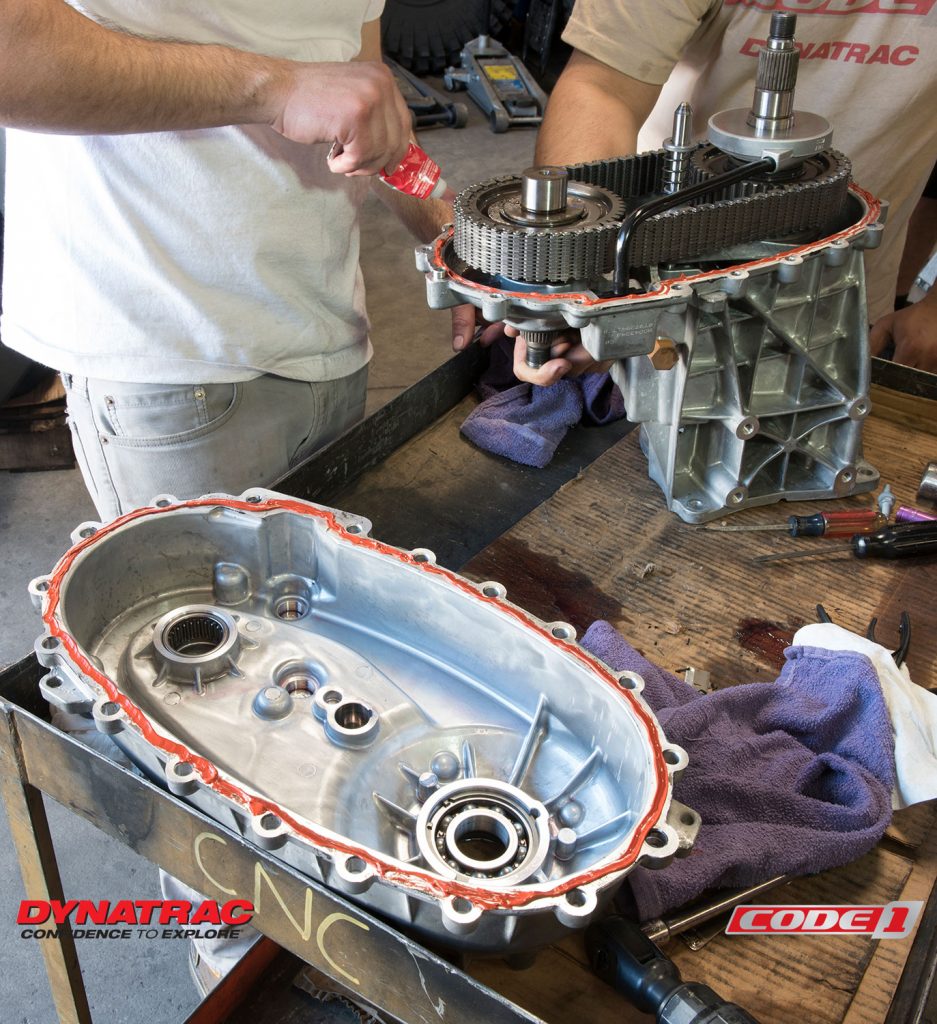 Clean the mating surfaces of both halves of the transfer case. Use a high-temperature RTV silicon. We recommend applying a moderate bead to both halves, let the silicon become tacky and then bolt the two halves back together. At that point, the transfer case is ready to be installed back into the Jeep JL.