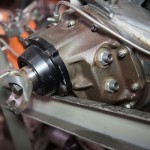 We've had several people ask if load bolts are a useful method of strengthening ring gear teeth. The answer is that load bolts are NOT helpful for off road vehicles. Furthermore they mislead users into thinking they’re protected if their housing is so equipped. This is why Dynatrac’s focus has always been on designing a highly rigid housing as the best way to ensure gear strength and durability. Spend your money on a US-made ProRock, and not a load bolt gimmick. 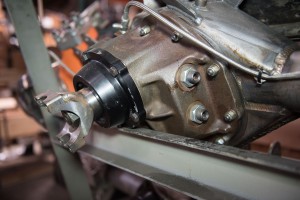 All that said, load bolts have come from the drag racing world where they can actually be useful. On a drag car, the load bolt offers momentary ring gear support for the initial explosion of torque when the light turns green. However, it is no longer in play as the car leaves the concrete launch area and progresses down the drag strip. After each drag race the load bolt will be adjusted properly in the pits. This effort is nothing compared to the complete engine rebuilds that routinely occur between drag race heats. No off road vehicle in the world will ever get that kind if repetitious service.